A comedy-drama about a dysfunctional Israeli family, which won “best play awaed” in 2010.

Rochaleh, a late bloomer in her 50’s, has finally met a man she wants to marry. She invites him to meet her father and her sister, with whom she has a complicated relationship, What sterts off as a happy event ends up as a catastrophe, aeaking old demons from the past…

The paly deals with the asbject of memory and the prices we all pay, due to our history.

With: Yaakov Bodo, Yisrael Traystman, and the Yiddishpiel Theater ensemble 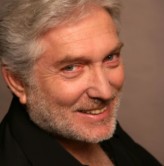